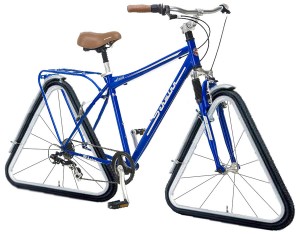 A big campaign is under-way to get Thais to ride bicycles, especially in Bangkok. Not only is it hoped the initiative will reduce congestion in the city, but there are major concerns that ASEAN partners such as Vietnam are leaving Thailand behind in cycling technology.

There is however a problem in that many Thais do not see themselves as natural cyclists. Inventerators  from Thailand’s elite engineering colleges are working to overcome this by imbuing bicycles with ‘Thainess’ – Enter the Thaicycle.

The Thaicycle has wheels with three corners which, like the colours of the Thai flag, represent the three pillars of Thai society. The wheels are supported by 12 spokes representing The Dear General’s 12 Commandments.

The Thai C Government has already endorsed the scheme: “Thailand will become a hub for bicycle wheels” enthused Somchai Phigginapowk from the country’s Ministry of Hubs. “Whenever the world sees someone riding one of these, they will say ‘There goes a Thai’.”

Although the design has been criticised by the senior ergonomicist to Phuket’s largest ladyboy bar, government scientists stand behind the Thaicycle. “The strength of three transcends mere physics” explained Junta spokesthing Sergeant-at-Alms Maotpeet “The sheer Thainess of this design means it is vastly superior to anything produced by foreign companies with their so-called engineers slavishly following the Western mantra of the ’round wheel’.”

The government is expected to help boost sales of the Thaicycle by imposing a 300% luxury item tax and a stay in the local army camp for all purchases of round-wheel bicycles. 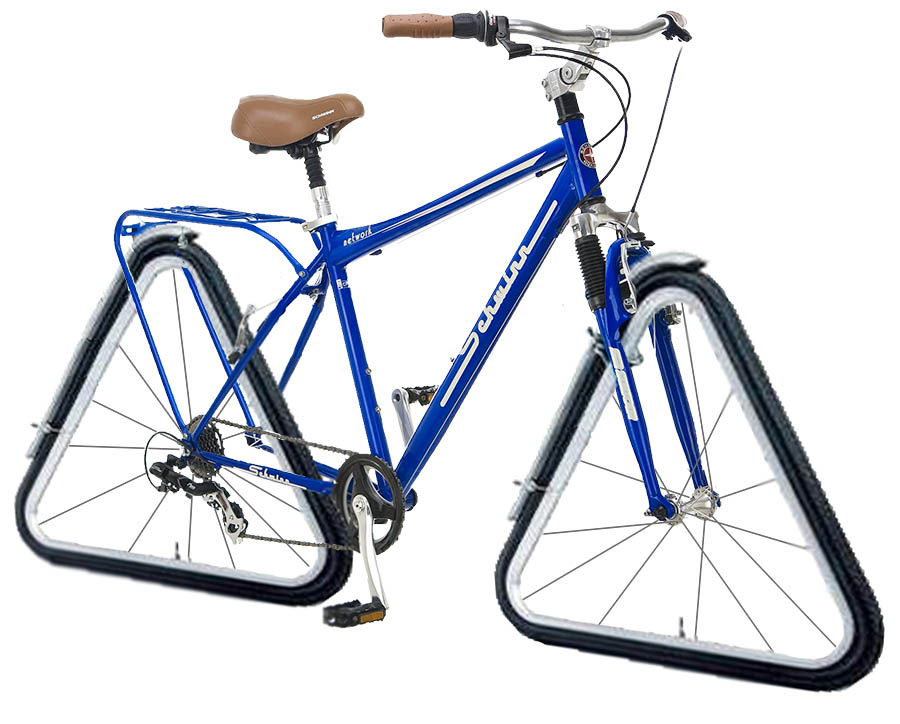