By the side of a large lake on the outskirts of Thailand’s umpteenth city, Nakhon Nowhwere, Tokbplaa Buusalot stares into the dark waters and recounts his encounter with a hideous, prehistoric creature – the Thai-Ness Monster.

I saw it swimming in the water over there,” he pointed to a rickety pier made from old oil barrels and palettes. “It was easy to see because although the water looks black during the day, it glows at night.” The poor quality snapshot K. Tokbplaa has been hawking around the local media has been labelled too blurry even for the hyper-credulous Thai Facebook community and his tale was widely ignored.

Until, that is, tourist numbers in the region nose-dived and the Ministry of Tourist Traps took an interest. Re-branding the area “Thai-Ness” after Scotland’s own Loch Ness, the ministry is planning a monster-themed water park – just as soon as it can be confirmed whatever is in the lake can legally be called water. Thai-Ness was originally owned by Isaan Chemical Industries and was previously called ‘Waste Run-Off Pool No. 6’

Critics inevitably pick on the fact that Thai-Ness is an artificial construct, a fake idea made-up to impose an idealized identity on the area with no real basis in historical fact. “It’s primarily for marketing purposes.” said environmental activist and somtam farmer,  Dweebee Dtreehugga, “Most people here don’t believe in Thai-Ness and wouldn’t know the Thai-Ness Monster if it crawled up and bit them in the ass.”

But local businesses are looking forward to the water park with its jet-skis, speedboats and, once the sludge around the edge of the lake solidifies, a lucrative deckchair franchise. Thailand’s premium travel blogger, Dickie Handcart is keen to promote Thai-Ness. “I for one can’t wait to get my drone up over the lake and photograph the monster.” He said. “The ministry says it’s real and that’s good enough for me and my sponsors.” 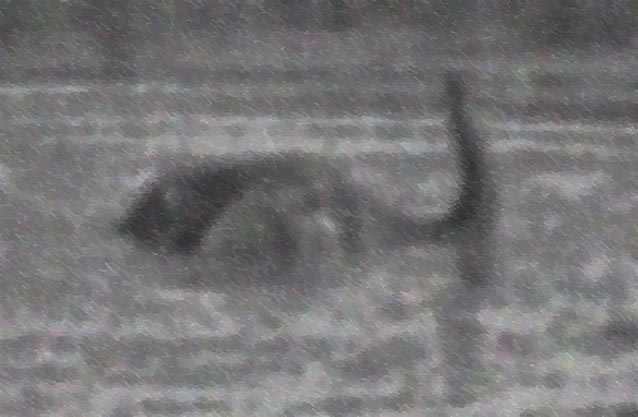