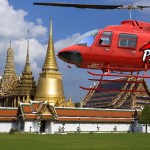 Wat Supnaow, a temple in the midst of the deep-dark forests around Nakhon Nowhere, has been charged with encroaching on National Park land after they built themselves a helipad. The wat specializes in providing shelter for itinerant politicians and provides a sanctuary for unicycle-riding tigers. The monks also run a large factory nearby that makes dog-food, which many people misinterpret as meaning food for dogs.

Phra Tanwittnee, a spokesmonk for the Wat, told us the helicopter is required to take the ageing abbot to hospital as he becomes car-sick on the twenty-minute journey to the local casino-hospital complex. However locals have said they have seen bags marked Pizza Hut being ferried from choppers landing at the wat late at night.

Authorities have also questioned whether singing the Hokey-cokey and Bohemian Rhapsody at 3am really qualifies as devotional chanting. 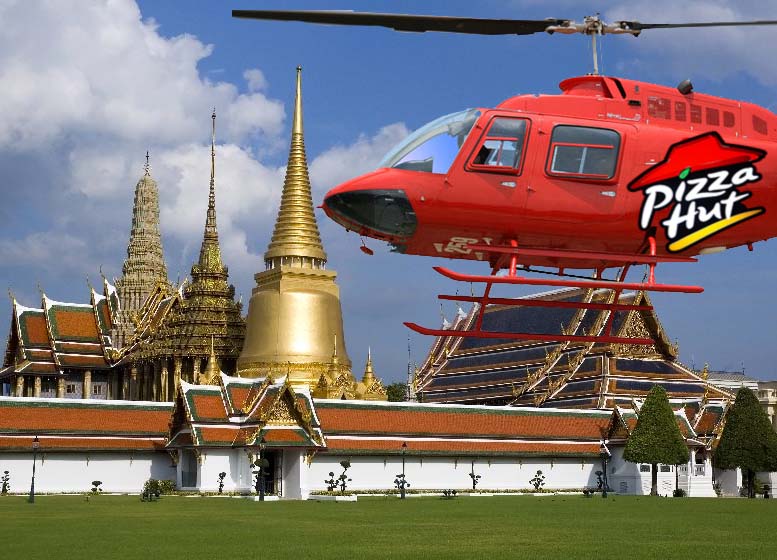