Teams of Army inspectors have raided the studios of major Thai television soaps and discovered widespread farming of soap stars.

In a move rumoured to be in preparation for the ‘standardization’ of all Thai soap operas to conform to the Twelve Commandments, unit’s of the Thai Army’s First Armoured Light Entertainment Division have been inspecting television production facilities, even the supposedly secret bases in the cold, dark, far north of the country. These were the so-called ‘Talent Farms’ that have been rumoured to exist since the very beginning of television.

Renowned Farang animal-rights activist Eddie Wizecrack, who accompanied Thai forces to advise on the treatment of any cast members they may find, described the farms as ‘barbaric’. The conditions in which young starlets were being raised were “Easily as bad as the worst East-European veal farms” Wizecrack said.

In veal farming animals are raised in almost complete darkness with extremely limited room to move in order to produce a pale, tender flesh.

The talent farms have a similar purpose – to keep the skin of a developing starlet almost completely white and their emaciated frame as slender as a bamboo pole. “These poor starlets are separated from their mothers almost at birth and kept in ‘crates’. Deprived of sunlight and exercise they are fed on a diet of skimmed-milk and concentrated whitewash – in which they are also encouraged to bathe.” explained the shell-shocked activist.

He continued, “Their intellectual development is also brutally suppressed. When finally released to work, they can be relied upon to recite any purulent garbage no matter how banal and, when required, to toe-the-line of any political candidate or party the station owner currently supports.”

Terrible bellowing and soul-wrenching screams of tortured creatures driven out of their minds could be heard some way from the farm, suggesting that they were also supplying candidates for “Thailand’s Got Talent”.

Even though free now of their gruesome confinement, the starlets – deprived of a normal childhood and totally incapable of leading a productive life – have little hope of entering conventional society. The freed vacuous starlets are expected to be cared for in government institutions and eventually join the National Legislative Assembly. 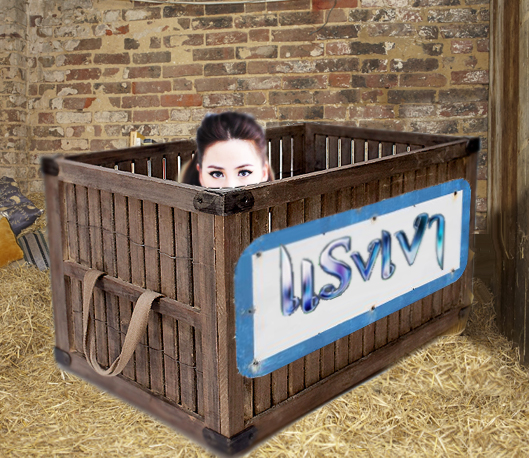