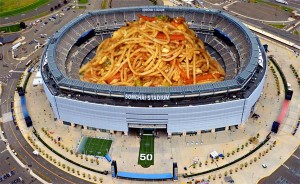 Responding to rumours that San Francisco may pull-out of Super Bowl 50 due to the NFL being ‘too gay’, Thailand’s Sports Authority has announced that they have lodged a bid to host the 50th Super Bowl in 2016.

“There are many reasons the NFL Championship would be welcome in Thailand” said Sports Minister Pommrak Manyoo. “Around the world Thailand is known as LOS – Land of Superbowls”

In an official communique Thailand’s Committee on Cultural Cohesion – Under Prayuth (COCC-UP) said, “Our proud nation is a ‘hub’ for domestic violence in Asia and the NFL players will feel at home here. Thai authorities have vast expertise in LTOW (‘look the other way’) technology which NFL players will readily appreciate. Also most of Bangkok’s CCTV cameras are either fake or broken, something the NFL would have been grateful for in, say, Atlantic City.”

Police Major-General Bunguz Sombaht confirmed that the NFL will feel safe in Thailand “We are more than happy to ban TMZ from the country.”

Wife-beater Ray Rice will be especially welcome for his name alone. “He will be worshipped as a god and paid subsidies.” said Khun Rak-Khao, head of the Rice Trafficking Board.

The Patpong Tourist Authority commented “We have many entertainers who can arrange to have a pre-game ‘wardrobe malfunction’, every hour if necessary. After the game we can arrange happy endings for both teams, whatever the result.”

Not all Thai residents are in favour, however. Dyllan McJohnson, Chairman of the British Ex-Pat Drinking and Rugby Association raised his head from the bar long enough to say “American Football? A bunch of Nancy-Boys playing rugby in body armour – no thanks. Wouldn’t last 5 minutes at Cardiff Arms Park. Oi, Somchai, Where’s me teeth?”

Junta Spokesthing Captain Maotpeet cautioned the NFL: “Of course the game will have to be metricated… none of those red-neck measurements like ‘yards’,” he scoffed, “Thailand is a modern nation.” In line with Thailand’s commitment to democracy the game will not be decided by points scored, instead the Thai Prime Minister will vote for the winning team. “We can teach you Americans a thing or three about democracy” Maotpeet said.

The US Ambassador to Thailand was not available for comment, having lost interest.

The NFL’s response could not be published. 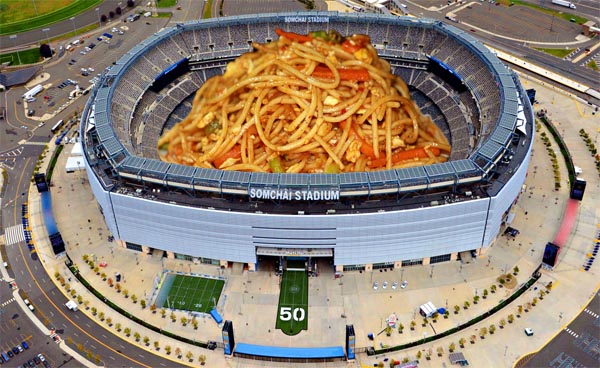