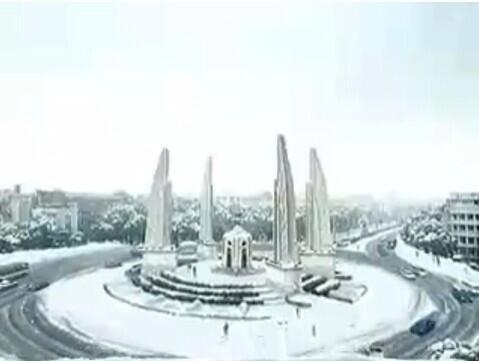 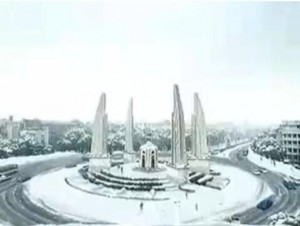 A Bangkok coffee house has become the first area of the capital to be declared a Cold Disaster Zone.

The restaurant, whose name cannot be reported because our correspondent is still hospitalized with frost-bite, is said to the in Central Bangkok.

Other CDZs are mostly restricted to the North where, in some areas, tourists flock to see morning frosts.

The Central Bangkok CDZ, however, is entirely a man-made affair with a restaurant manager in police custody for being overly-heavy handed with the air-conditioning control. “We were hoping it might snow near the cake counter…” the unfortunate is reported to  have chattered as he defrosted in the back of a police van.

Excessively cold air conditioning is seen as a sign of sophistication and wealth and several private residences have seen their HiSo occupants hospitalized for frost-bite and hypothermia, but this is the first occasion where government aid has been required of a commercial establishment. Appeals for blankets and hot toddies have met with a lukewarm response from the public.

This incident is unlikely to dampen HiSo enthusiasm for air-con. Several clients were expelled from a VIP cinema recently for trying to ice-skate during the movie and Siam Paragon is rumoured to be expecting it’s first avalanche any day now. 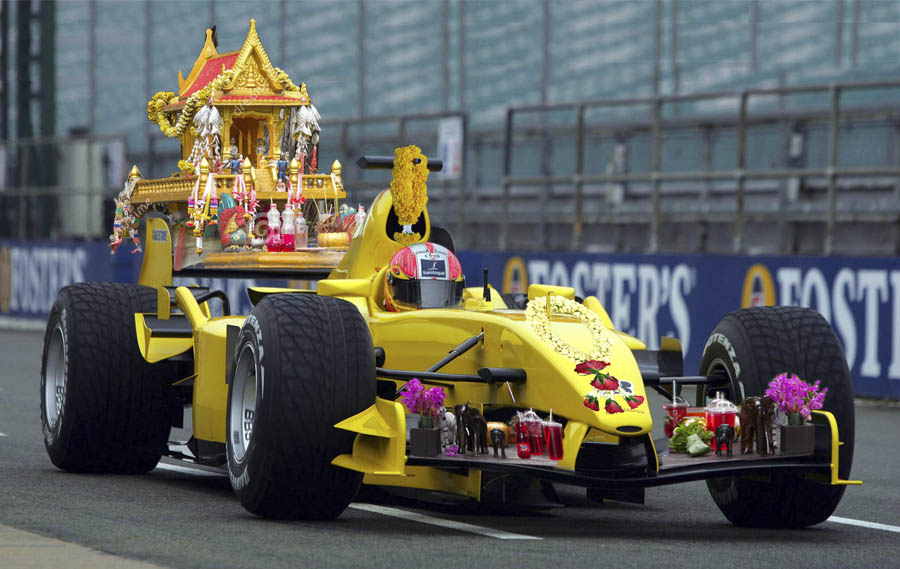 Thailand’s first Formula One racing team has had a disappointing first day of testing.

Team principle of Yellow Kwai Racing, Gohphasta Sutrype, told us “The car just isn’t fast enough and we have no idea why. Something happened between the wind tunnel and the first run, right after the blessing.”

Engine builders, Phutt-Phutt Industries, have rejected suggestions their power plant may not be up to the task, “We provide engines to some of the fastest vehicles on the planet – tuk-tuks and longtail boats. Just last week  we caught three spies from Mercedes in our plant trying to steal our technology.”

In fact on the first outing the car was lapped by a tuk-tuk that got lost trying to find a local gem store.

Experts have pointed the finger at the car mysteriously gaining 150kg after a special pre-test blessing at Wat Dhammanblasthit.

Somchai Phigginapowk from the Ministry of Hubs explained what the government is doing to help the situation. “We are in negotiation with the FIA – the sport’s governing body – to change the regulations and bring the rest of the teams into line with Thai design needs. The problem is the sport as a whole simply lacks… Thainess.”

F1-supremo Bernie Ecclestone was trapped inside a revolving door  and unavailable for comment.