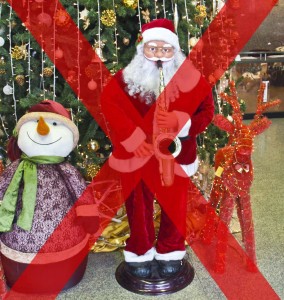 Bangkok’s underground railway, the MRT, has announced the introduction of a scheme designed to increase capacity on the system without buying any extra trains.

Compulsory – but free – showers for all Farangs will be introduced at all entrances to the MRT system.

Field-Marshal Wottadoot, Professor of Hygiene at Mahilongsaet School of Tropical Food Poisoning, explained the need for the showers: “Time and again we see that seats next to smelly Farangs remain unoccupied, even at peak hours. If Thai people can see when they enter the MRT that we are taking action to clean up Farangs, then they will be less reluctant to go near them.” It is expected that this could increase occupancy around the average seated Farang by as much as 200% and a standing Farang by a whopping 400% or more.

“We just want people to be happy on the MRT, and what could be happier than being able to get close to your fellow-travellers without vomiting?” Field Marshal Professor Wottadoot concluded.

An anonymous strolling military accountant further explained that every new MRT train takes a sizeable bite out of the Navy’s submarine budget. Reducing the demand for trains is a major national security priority for the Junta.

In a similar move the Bangkok Skytrain is rumoured to be considering the idea of Farang-only carriages, to run at peak shopping times, with beefed up ventilation and deodorant misters on the doors.

Official Farang Spokesthing Dickie Handcart, as one might expect, welcomed the idea enthusiastically. “It’s about time we addressed the problem of the stinky Farang in Thailand. And what could be better than a FREE shower? I look forward to these systems being at the entrance to all shopping malls and especially immigration offices.”

Meanwhile, the US Embassy updated its travel advisory for Thailand to include the suggestion that US citizens should invest in waterproof cameras and ‘cell-phones’ before travelling to Bangkok.

Thai constitutional scholars have discovered procedural errors which may lead to the Law of Gravity being overturned in Thailand.

Scholars at Thailand’s foremost legal think-tank – based at the McDonald’s off Democracy Monument – have revealed that the British ‘Law of Gravity’ may not be enforceable under Thai law. Chief Justice of the Thai Supreme Court, Justice Bungusawedge Angerroff, agrees with their conclusions, “If foreign governments can disregard our lèse majesté laws, then we can certainly pick and choose which foreign laws we want to obey – including the so-called ‘Law of Gravity’.”

Gravity causes considerable difficulties for Thai businesses, for the building and aviation sectors in particular. “The amount of money we have to spend ensuring that buildings do not fall down severely limits our profits” said Somchai Dakkowboi, chair of the Thai Construction Industry Federation, “and it’s all the fault of some foreign law.”

Professor Nottoosmart, Chair of Physics and Reincarnation Studies at Thammakorn University, explained the origins of the law: “Gravity was first introduced in England in the seventeenth century before the invention of ladders. A Cambridge katoey called Isaac Newton invented gravity to help with the harvesting of apples. Since apples are not native to Thailand, there’s no reason to have gravity here.”

The Thai Airline Federation and Lottery Syndicate (TAFLS), currently threatened with a worldwide safety downgrade, is lobbying hard to repeal gravity which it sees as a barrier to their return to profitability and ambitions to raise their collective safety rating from ‘Certain Death’ to ‘Meh…’

The only dissenting voice comes from the diamond-encrusted keyboard of celebrity travel-blogger and aviatrix Dickie Handcart “This could ruin my drone-based pizza delivery start-up and endanger the jobs of the millions of Thais that work for me. I will issue orders to the NCPO to ensure gravity stays in Thailand. I won’t hesitate to invoke section 44 if I have to.”